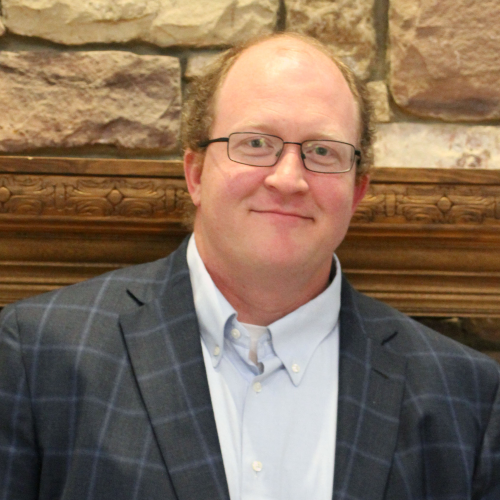 Scott Bolin (‘02) is a serial entrepreneur and CEO whose companies have been covered by CNNMoney, Forbes and Entrepreneur Magazine including his first company, Tethis, which was named one of the “100 Brilliant Companies” in 2018 along with Amazon, Tesla, and SpaceX. Currently Scott serves as Co-Founder/CEO of NCS, a technology company in the beverage space which licenses technology and sells products to customers globally. As founder and CEO of technology-based startups in the Triangle, Scott has raised over $40 million in investment capital and employed dozens. Scott frequently volunteers his time at local business schools teaching classes on entrepreneurship, clean tech, and intellectual property strategy.

Scott was a founding student at Trinity Academy and part of the first class to attend all four years of high school after Trinity Academy and Regent School of Raleigh merged. Later, Scott served for four years on Trinity’s faculty in the Humanities Department, primarily teaching 8th and 10th grade. Scott earned a bachelor’s degree in English in 2006 from the College of William and Mary and an MBA from NC State University in 2012 focused on marketing and entrepreneurship.

Scott and his wife Cameron (a former Trinity teacher) are life-long Raleigh residents. They have both been longtime volunteers on the worship team of the Summit Church, Scott on guitar and Cameron on piano. They have two sons, Taylor (Class of 2036) and Drew (Aug. ’21).

My wife and I are so excited and grateful to re-join the Trinity community. We believe that now, more than ever, the world needs a Christ-centered environment that is rooted in the classical tradition that teaches students to love the Lord, to love learning, and to think, write, and speak well. We’re in awe of all that God has accomplished through Trinity Academy and we can’t wait to see what’s next.