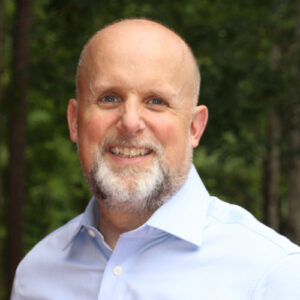 A graduate of the University of North Carolina at Chapel Hill with undergraduate degrees in both English and Medieval History, Michael then graduated from the Norman Adrian Wiggins School of Law at Campbell University.  He worked as a Litigation Associate with the Shanahan Law Group practicing in the Corporate, Civil, and Criminal law areas among others.  In 2009, Michael was elected to the District Court Bench, where he served as a Family Court judge for six years hearing custody and family matters as well as regularly presiding over Civil District Court.  Michael recently left the bench to return to private practice.

Michael and his wife Jill have been married for 20 years and have two sons, Sullivan (2019) and Andrew.  Their family attends Southbridge Fellowship.

“We love Trinity for its faithfulness to its mission that is the foundation of its culture and academics.  Trinity’s community and teaching help individuals navigate their understanding of truth, beauty, and goodness. Thessalonians 5:19-21 tells us “Do not quench the Spirit.  Do not despise prophecies, but test everything; hold fast what is good.”  Trinity provides the tools and framework for testing and confirming one’s faith and develops the character and courage needed to hold fast in the modern world.